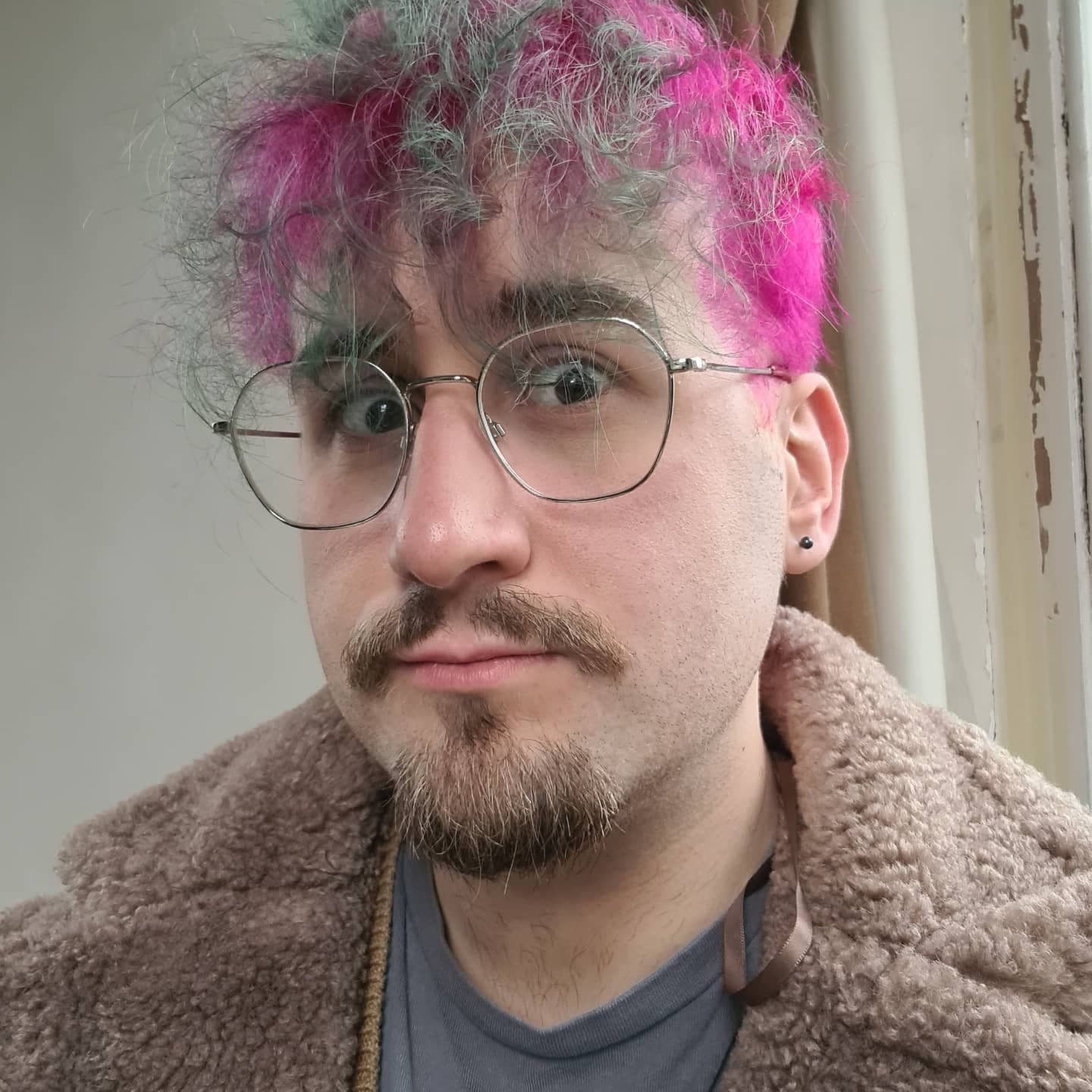 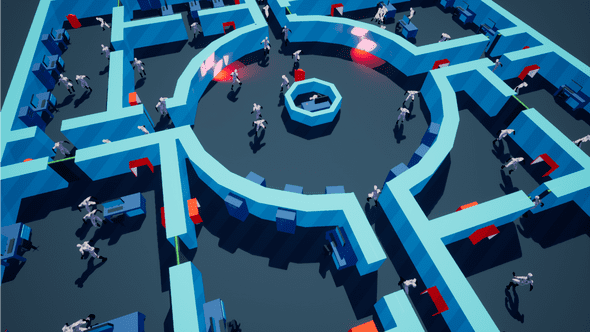 The Thingy is a Two player head-to-head competitive game in which player one controls the guard and is tasked with hunting down and eliminating player two; An intelligent parasite which transmits itself from host to host in an attempt to escape the research lab. 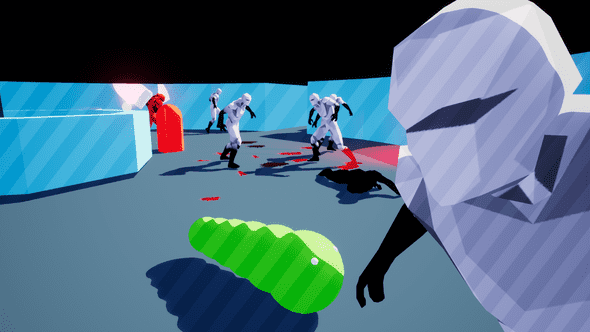 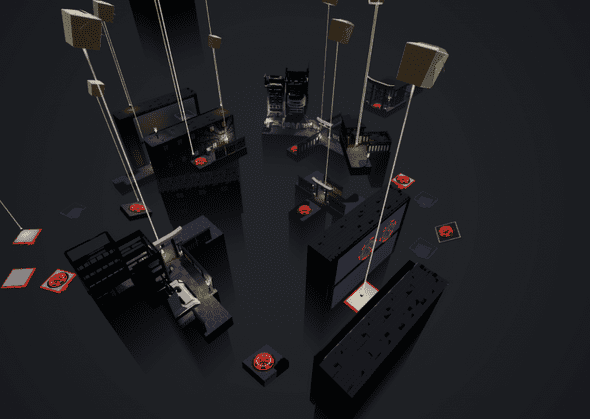 ColourGravWave is a single player time-trial game focused on rapid movement. The player must collect all the boxes as quickly as possible by changing the coloured platfoms that push (red) and pull (blue). The game was developed as part of the Global Game Jam and won best design and best art.